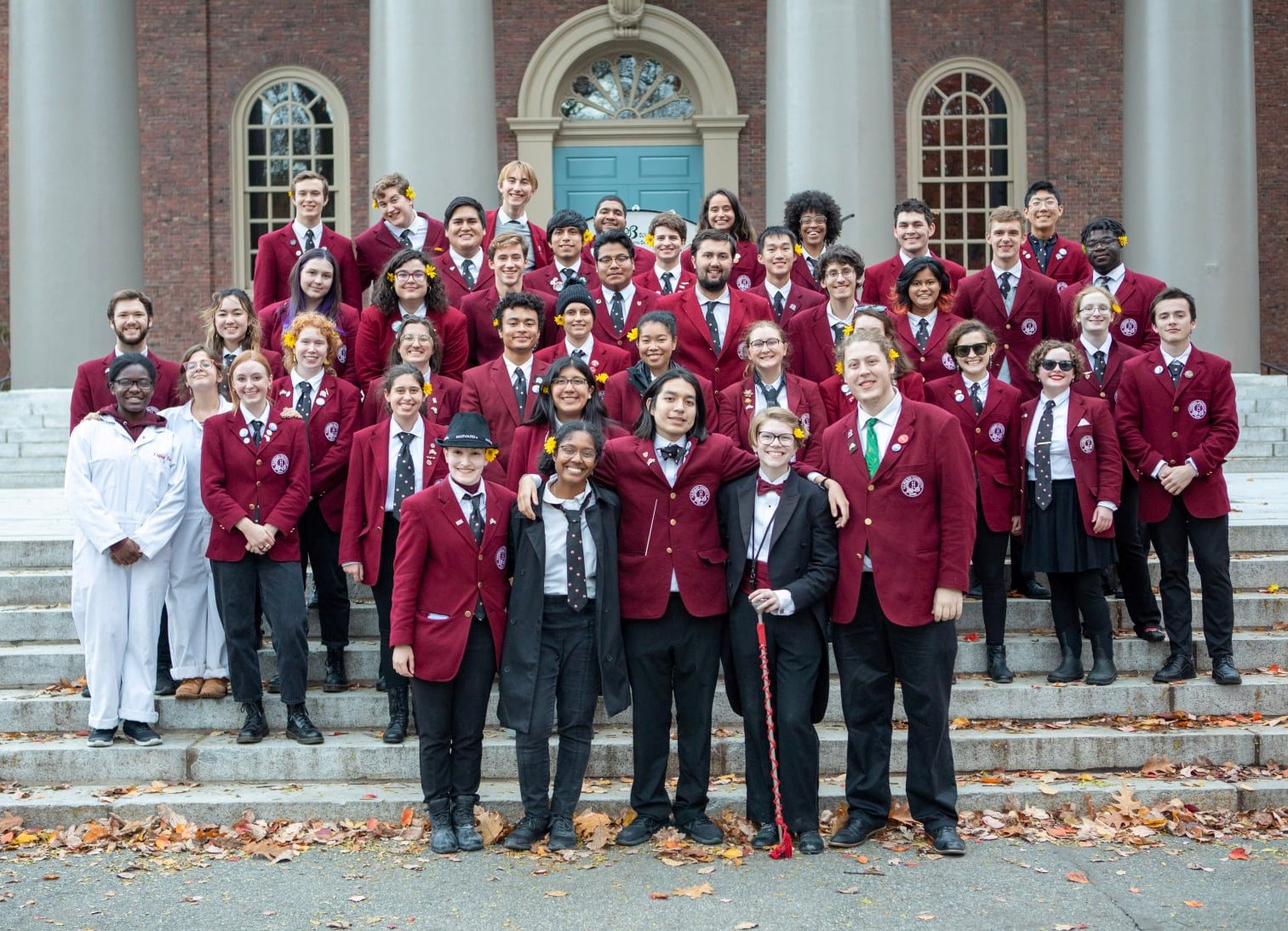 As the ever-present and never-failing supporters of Harvard athletics, the Harvard University Band has filled the stands and the gridiron of Soldiers Field with mayhem, music, and wit since 1919. The Band promotes school spirit and tradition, encouraging students and alumni alike to raise song to Harvard at university events. Ever the trend-setter in its field, the Band remains "the best in the business" (The New Yorker). The scramble style of "marching" invented by the Band has become the modus operandi for the Ivy League.

The Band performs at all home and away football games. Throughout the year it can also be seen in action at men's and women's hockey and basketball games, other Harvard sports, and at various university, community, and charity events. With instruments in hand and a commitment to excellence and fun, the Band works hard to bring music and smiles to audiences.

The Harvard Band is entirely student-run, from the writing of halftime shows to the arrangements of music to administrative work and financial planning. The student leadership relies heavily on the creativity and wisdom of Mark Olson, Director and faculty advisor since 2013.

Please visit our FAQ for more information on the Band's activities and membership.

The band has a Code of Conduct, which was updated in Spring 2021.